Linda Mangano's new lawyers argue against prison during her appeal

As of now, former Republican Nassau County Executive Ed Mangano's wife, Linda, is supposed to report to federal prison in Danbury, Conn. on July 27 to serve a 15-month sentence for essentially lying to the FBI.

Ed Mangano also is supposed to report to a different federal prison that day to serve 12 years after being convicted in 2019 of accepting bribes and kickbacks from former Oyster Bay concessionaire Harendra Singh -- and a longtime family friend-- in return for pressuring the town to guarantee $20 million in loans from private lendors to Singh.

Both Mangano's insist they are innocent and are appealing their conviction.

On Wednesday Linda Mangano's new team of appeal lawyers from the Manhattan law firm of Schlam, Stone & Dolan filed a new motion for Linda Mangano to be freed on bail during the appeal and asked for oral arguments on the issue.

Their motion was filed with federal judge Joan Azrack, coincidentally, on the same day that Azrack ordered that Ed Mangano pay more than $10 million in restitution to the lenders that distributed $20 million to Singh after receiving assurances from the Harris Beach law firm that the town would repay if Singh defaulted.

The $20 million in loan guarantees were later found to by three courts to be illegal and unenforceable.

Also coincidentally, Azrack's order was issued on the same day that a New York Appellate Division panel disbarred former Oyster Bay Town Attorney Lenoard Genova, who admitted accepting bribes from Singh in return for signing the fraudulent loan agreements. Genova was granted immunity from prosecution to testify against the Manganos.

And Azrack's order came a day after Harris Beach agreed to pay Oyster Bay Town $1.25 million to settle the town's lawsuit alleging the firm had conspired to "misappropriate" taxpayer money through the loan guarantee scheme. Neither the town nor Harris Beach admitted liability.

Harris Beach, a well-known and powerful law firm with strong Democratic ties,  contended it had been duped by Genova and Mangano. Though Harris Beach told the lenders it represented Oyster Bay Town, it actually was working for Singh and was never hired by the town board.

Harris Beach was not charged with any wrongdoing nor were any Harris Beach lawyers called to testify about the loan guarantees.

But Linda Mangano, who was paid more than $400,000 over four years for a "low-show" job with Singh, was convicted of obstruction of justice and lying to the FBI about her work for the restaurateur during unrecorded interviews at her home with federal agents.

And that's one of the main sticking points for Linda Mangano's lawyers: She was convicted without any record of the questions asked nor the answers given. The only record comes from an FBI agent's notes.

"How the government could possibly prove that Mrs. Mangano's words were not literally true when they cannot say what those literal words were," the lawyers write in their motion.

"The FBI agent explicitly stated that she could not testify from her own recollection what Mrs. Mangano's exact words were. Instead the agent's testimony as to Mrs. Mangano's answers was based on her notes summarizing the interview."

"The agent did not specify the questions that preceded these purposed answers but instead inferred the questions from the answers. The evidence against Mrs. Mangano thus consisted of paraphrased answers given in response to inferred questions."

Her lawyers also contend Linda Mangano wasn't allowed to examine the federal prosecutors who were present during the interviews and later handled her trial.

Instead, her lawyers say, the government responded that the prosecutors were "hard-working public servants" and that "anyone who knows them or has practiced law with or against them knows they have dedicated their careers to serving the residents of the Eastern District of New York."

Essentially, the argument "consists of little more than the government attorneys vouching for their own credibility and propriety rather than relying on evidence or the law," her lawyers contend.

Linda Mangano's lawyers also argue that the instructions given to the jury were improper and that Linda Mangano, if not freed on bail, will serve her full sentence before her appeal is decided.

The motion concludes: "Because Mrs. Mangano's right to appeal her conviction and sentence will be effectively defeated if bail is not granted -- a fact that the government does not dispute-- this factor strongly weighs in favor of granting bail. This is all the more true where the Government concedes that Mrs. Mangano is not a flight risk and poses no danger to the community should she not be incarcerated for the duration of her appeal."

Meanwhile Singh, who was the star witness against the Manganos, has yet to be sentenced after pleading guilty to eight felonies of bribing the Mangano's and town officials.

Popular posts from this blog

Photo from last year. Laveman no longer is ARC chairman What a difference an election makes. Nassau Republican County Executive Bruce Blakeman, at the urging of county lawmakers, this year extended the deadline for filing property tax grievances with the Assessment Review Commission from March 1 to May 2, citing disruptions in the housing market from the pandemic.  (Blakeman actually extended it through April 30, but that was a Saturday so he moved the deadline to the next business day -- Monday.) Former Democratic County Executive Laura Curran, who implemented a countywide reassessment in 2018,  last year had also extended the deadline to April 30 because of pandemic distortions. But nobody this year is urging homeowners to grieve their values with the same urgency as they did in the past -- even though homeowners might again get an automatic assessment reduction if they grieve. Last year Republican county l
Read more

Political dirty tricks reported to be underway in North Hempstead 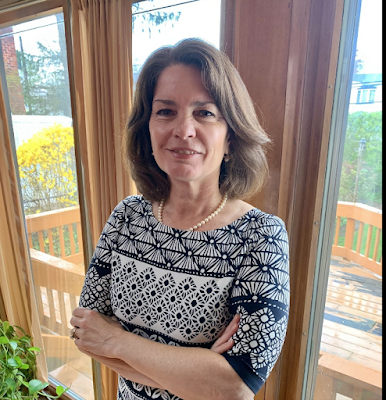 North Hempstead Supervisor Jennifer DeSena North Hempstead's losing Democrats apparently have already begun to try to hobble the town's newly elected Supervisor Jennifer DeSena, who ran as a Republican/Conservative though registered as a Democrat. DeSena is the first Republican elected supervisor since then-GOP-incumbent John Kiernan lost to Democrat Ben Zwirn in 1989. As was the case then, the opposing party still controls the town board.  In 1989, there was a Republican board majority. Now Democrats make up four of the six board members; one Democrat, Robert Troiano,  and two Republicans, Dennis Walsh and David Adhami, were elected in November to join the board's other three Democrats. DeSena and staff say that before she took office Jan.1,  Democrats rearranged the traditional "all-work-together"
Read more